My name is Gerard Kelly – welcome to Stumpy Music!

I am an independent music and technology professional. I am a singer, guitarist, composer, producer and sound designer. My work has featured on the BBC, Sky, Channel 4, XFM and numerous other channels. I have been a recording artist for Island Records, and have performed in world-class venues such as the Royal Festival Hall, Shepherd’s Bush Empire and the Astoria.

Here are some examples of original music commissions:

Performing with my band Nou Enle:

I also teach music technology, band workshops, guitar and bass, as well as general musicianship, to students of all ages.

I have a background in technology, and I provide technical support for music technology – home studios, remote recording etc. I’ve also produced a couple of music databases which are really useful tools for musicians. I also create websites, which particularly meet the needs of musicians.

Get in touch to see if I can help with your music or audio project, or if you’re interested in lessons. I’d love to hear from you! 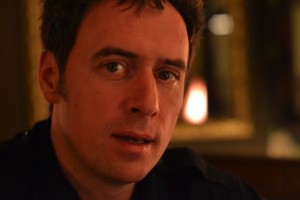 Send me a message